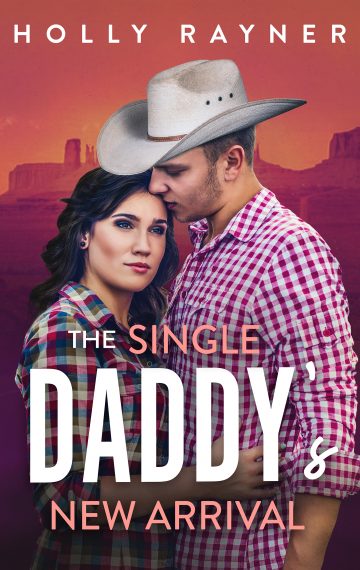 He’s a lifelong wanderer; it’s him and his little girl against the world,
What’s he going to say about being a daddy again?

Shocked to discover she’s been bequeathed her aunt’s cattle ranch, Trish is overwhelmed; she might be an artist who can work and live anywhere, but she’s also a city girl who doesn’t know the first thing about ranching! Is she really able to uproot her whole life and move to the prairie?

Deciding the best solution is to sell the ranch, Trish hires a freelance rancher to help her get the place up to scratch. The last thing she expects is the ranch hand, Noah, turning out to be a heart-stoppingly gorgeous single dad!

In no time, Noah and his adorable daughter Emily are moved in, and Noah begins teaching Trish the tools of the trade just in case she decides to keep the property after all. Trish and Noah dance around their developing feelings for each other, but they both know they can’t get involved; he’s a lifelong nomad, and she’s planning to move back to San Francisco just as soon as the ranch is sold.

When a glass of whiskey leads to a kiss and then a night of passion together, Trish begins to think that maybe she really could make a life for herself in the Oklahoman plains—only for Noah to remind her that he’s not one to settle down; this could only ever be a one-night thing.

Soon after Noah leaves, Trish discovers that she’s pregnant. She knows she needs to tell him, but being a daddy has never stopped Noah from roaming before; will the prospect of baby number two be enough to convince him to settle down and build a home with her? And why does he keep running, anyway?