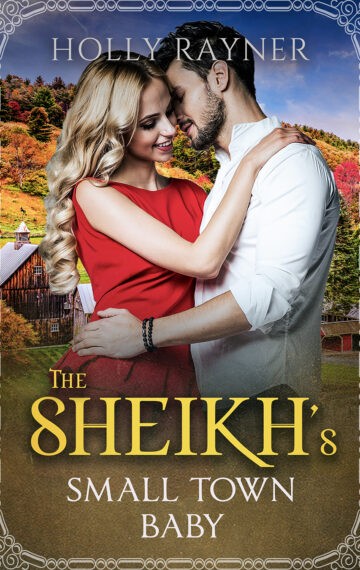 Teresa Johnson has it made; a great town to call home, a loving family, and gorgeous countryside that inspires her every day. It’s only when two gorgeous royal brothers sweep into town that things start to get shaken up.

Jabir is the brother that catches her eye. The charming prince claims to hate small-town living, but Teresa thinks she can change his mind. As Jabir begins to fall for her hometown’s charms, Teresa finds herself falling ever deeper for the man who holds her town’s future in his grasp.

The Sheikh leaves as quickly as he arrived, but it’s not long before Teresa discovers that their one-time liaison has life-changing consequences!

Pregnant with a royal baby, the small-town gal sets out on a mission to get her prince back, but that’s easier said than done when your child’s father is on the verge of becoming a ruling monarch. Will Teresa be able to convince him that New Hampstead is the perfect place to be a family? Will Jabir decide to be a father first, and a sheikh second?

This is a story about family, love, and ties that can’t be broken…

The Sheikh’s Small Town Baby is the first book in the Small Town Sheikhs series.