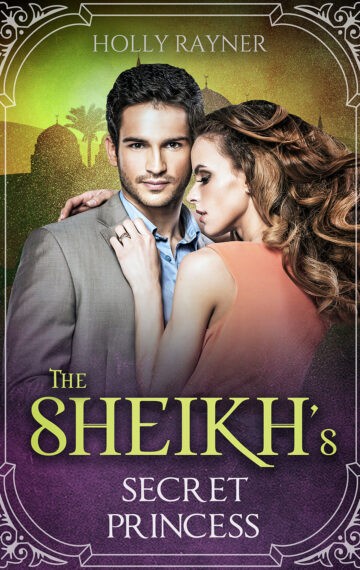 Anita never thought she’d be destined for royalty. Having fled the war-torn Middle-Eastern country of Al-Dali when she was a child, she’s been raised the American way, waiting tables and studying hard. And she certainly never expected to truly know the life of a Princess. That is until Sheikh Hakim al Kamal bin Masfari enters her life…

A chance encounter with the Sheikh convinces her otherwise; the handsome, debonair, and worldly heir to the throne is unlike anyone she’s ever met, and Anita finds herself swept into a beautiful romance she never even thought possible.

Sheikh Hakim has finally found a woman to call his Princess. All until he makes a shocking discovery, and one that threatens to tear them apart, as age-old rivalries are rekindled; soon the question of Anita’s true identity can’t be ignored, and the revelation will change her life forever.

Could Hakim’s so-called Princess be someone so much more dangerous than a mere waitress? And will they both be willing to give up everything, just to be together?

This is a re-release of a Sheikh romance novel from best-selling author Holly Rayner, first released two years ago. It contains a guaranteed HEA, and a tale of romance that will capture your heart.