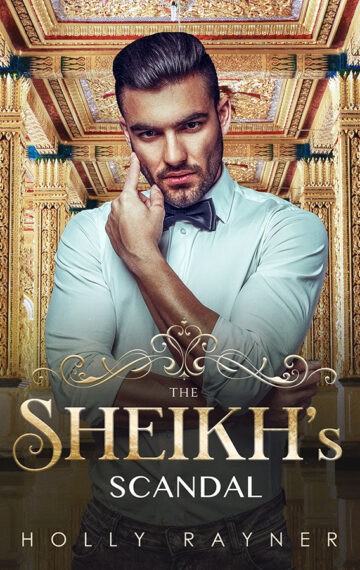 I never expected that a walk on the beach would change my life forever.

There it was in the sand: a message in a bottle, written twenty years ago by a poor, lonely boy named Ali. As soon as I read it, I had to know more.

Swapping the Miami sun for the sands of Al Jayah, I set off on an adventure; I wanted to find Ali, and see what had become of him in these last twenty years.

But the trail led nowhere. I found nothing.

That is, until I was pulled off my return flight, and bundled into a waiting car, on the orders of none other than the tall, dark, and handsome ruler of Al Jayah, Sheikh Ahmad!

I’ve discovered the missing piece in a puzzle that could scandalize a nation.

The Sheikh is living a lie.

And you know what else? I think I’m falling for him.

This is a re-issue of a book first released in 2017. It includes an added epilogue, never before featured in the release version. This is the third book in the Sheikh Passions series.