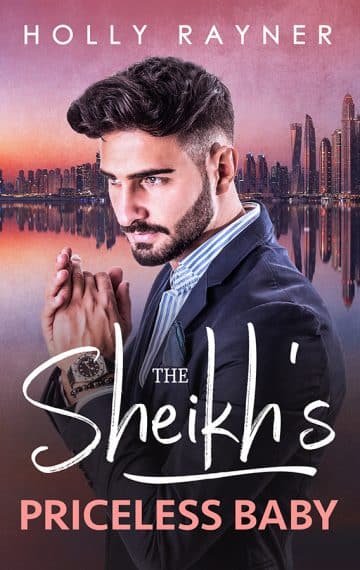 She stole something valuable.
Now she’s giving him something priceless in return…

Faye Darlow, international journalist, is scrambling for cash. With her parents fighting foreclosure on their house, she needs a big break, an exclusive so irresistible that editors will fight to pay top dollar for it.

When she manages to land an interview with Sheikh Aziz Al-Sharim, dynamite real estate developer and member of one of the wealthiest families in the Middle East, she feels like she’s lucked out. Not only is it a great opportunity, but her subject is drop-dead gorgeous and charming to boot!

But when the time finally comes for the interview, Faye’s usual professionalism falls by the wayside, and she and Aziz end up in bed together!

Waking up in his bed the next day, Faye flees, panicked and worried that her surprisingly intense feelings about Aziz may not be mutual. She gets on the next flight home to LA, intent on selling her article as soon as possible, only to realize she’s taken the Sheikh’s priceless watch with her!

When no buyers emerge for her article, a desperate Faye decides to pawn the watch to bail out her parents—just in time for Aziz to arrive in town, with surprising news: he wants to see her again!

Scared he’ll never believe that she didn’t deliberately steal from him, Faye thinks it may be for the best if she cuts the man who has stolen her heart completely out of her life.

Soon, though, she realizes that’s impossible. Because she’s pregnant, with his baby!