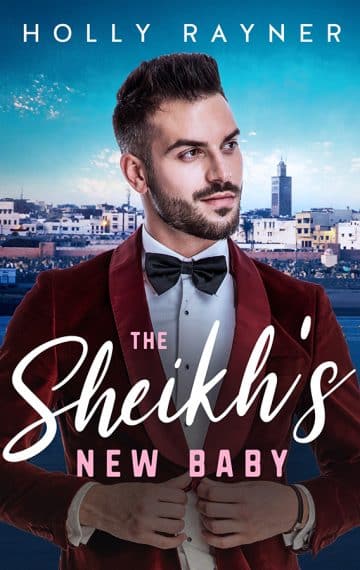 I was alone in an exotic land,
Now I’m pregnant, with the sheikh’s baby!
So much for remaining professional!

Alone and unemployed in a distant land, things looked bleak for Liza. But when she’s hired by a distractingly handsome single dad, who just so happens to be royal, she can’t believe her good fortune.

On the surface, Bakr Al-Shalabi is a man who has everything – looks, money, a royal title, and an adorable baby daughter to boot. But it doesn’t take long for Liza to realize that life in the sheikh’s palace isn’t the fairy-tale she first thought it to be.

There’s a divide between the sheikh and his daughter, and the mystery of what happened to Amia’s mother looms large.

Even as they grow closer than no boss and employee ever should, Bakr continues to shut Liza out. Until one night in London, when everything changes…

Soon, the nanny who never dreamed of having a family of her own realizes she’s in over her head. Because she’s pregnant, with the sheikh’s baby. And he’s perhaps the most reluctant father she ever met!