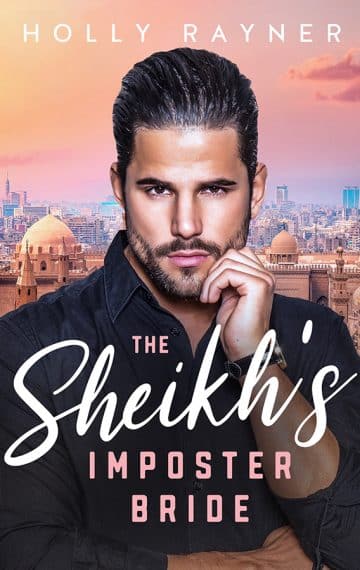 He was expecting to marry a stranger,
He got an American imposter instead!
Could she be the bride he’s been looking for all along?

When she arrives in the tiny nation of Qalari, Anna Luna starts to wonder if they give every new arrival the royal treatment. It’s only after one misunderstanding leads to another that she realizes that the meeting she’s arrived at was meant for another Anna entirely—and the gorgeous man sitting opposite her is the nation’s soon-to-be ruler!

Intrigued by her witty and welcoming host, Anna keeps quiet about the mix-up until the truth comes out, and she realizes she’s bitten off far more than she can chew. Because she isn’t a royal, and she definitely isn’t intending to marry the sheikh!

No sooner has Anna fessed up, the sheikh counters with a very interesting offer indeed. No, he might not have been expecting her, but now he’d like her to marry him instead!

They just need to come up with a little royal back story, first…

Having accepted what turns out to be an irresistible proposal, it’s not long before the lines begin to blur, and Anna begins to see that, while she may not be the fitting match she claims to be, her feelings for the sheikh are very, very real.

But can she marry him, with the entire nation watching?