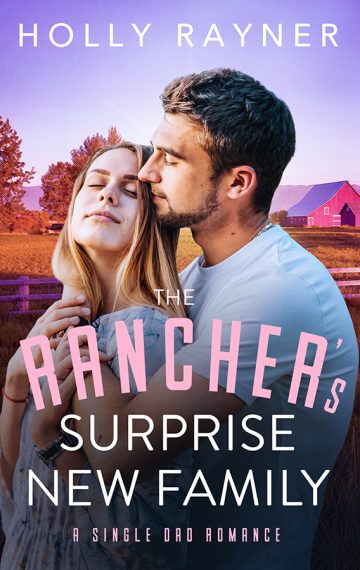 She was expecting one new ranch hand,
She found herself with two instead!

It’s the end of an era on Caitlin Schuyler’s ranch; with her hand of thirty years retiring, and a property that’s far too big for just one person to manage, it’s time for her to invite someone new into her world. And she’d be lying if she said she wasn’t nervous about it…

Help arrives sooner than expected—and he couldn’t be more different to the man he’s replacing. Dan Zark is the brooding, gorgeous ranch hand with an unexpected surprise in tow: his adorable five-year-old son, Jake.

It quickly becomes apparent that Dan is the perfect man for the job—even if calling him “strong and silent” would be an understatement!

As the weeks pass, Caitlin grows ever keener to reconcile the loving, warm-hearted man Dan is around his son with the gruff, monosyllabic outdoorsman he is the rest of the time. What’s eating at him?

To find out, she’s going to have to cross a line, or several.

And further adorable surprises may yet be in store!