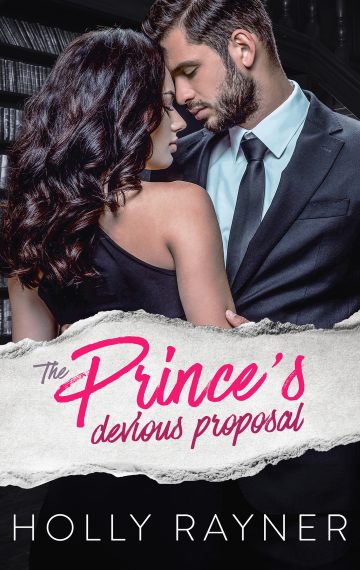 He sweeps into her life a handsome stranger,
Then, she learns he’s a prince.
And now, out of the blue, a proposal of marriage?
The revelations just keep coming!

Naomi West is a one-time singing star, now corporate receptionist. For a few precious months it looked like she might be on the verge of a successful music career, only for her hopes to be dashed. Now, she spends her days trying to avoid her vindictive, borderline-cruel boss. Family tragedy has dominated the last few years, and she’s lost her joy for life.

Hope arrives in the form of a fan who still believes she’s a superstar. And he’s not just any fan; rather, a tall, dashingly handsome prince!

Petr Agridis, prince of Sovra, sweeps Naomi off her feet. When he proposes just a few days later, she can’t think of a reason to refuse – she’s never been happier in her life.

It’s only after the wedding night that she begins to realize that things don’t quite add up. And there’s an awful lot she doesn’t know about her new husband…

Anxious as to the truth of his intentions, can Naomi uncover her royal husband’s secrets before it’s too late?

This is the second book in the Romantic Royal Mysteries series.