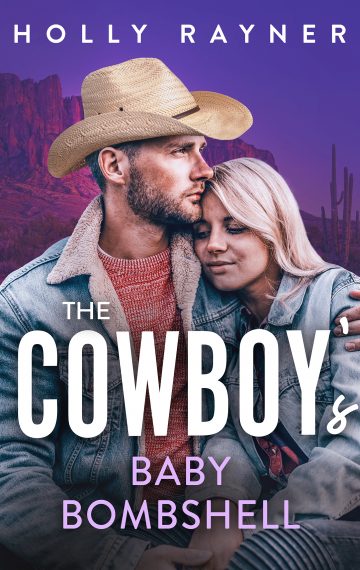 He wanted a second chance with the one that got away
But he didn’t expect the baby bombshell!

Susie’s a fish out of water. A city girl through and through, she’s shocked to find herself marooned in small-town Oklahoma. Two days later? She realizes she never wants to leave.

Dispatched to the country on a work errand, Susie meets Dash, the unspeakably gorgeous rancher and modern-day cowboy. They’re an odd couple, but that doesn’t stop them sparking a feisty romance.

After a breathtaking few days together, they part ways, both certain it could never be more than a fling, both too stubborn to even think that things could be different.

Ten months later, though, and Dash gets the shock of a lifetime, when the woman he thought he’d lost shows up on his doorstep, holding their baby!

They’ve got a lot of making up to do. The question is, will Susie stay? And will that precious weekend be the start of their forever?