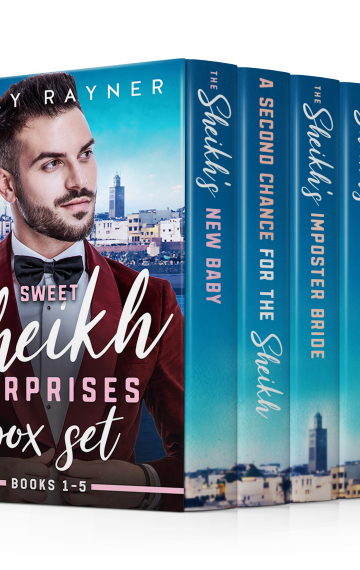 The Sheikh’s New Baby:
I was alone in an exotic land,
Now I’m pregnant, with the sheikh’s baby!
So much for remaining professional!

A Second Chance For The Sheikh:
She flew to his country to uncover the truth,
Now, she has no idea how she got here!
But her royal host is very welcoming indeed…

The Sheikh’s Imposter Bride:
He was expecting to marry a stranger,
He got an American imposter instead!
Could she be the bride he’s been looking for all along?

She came here to do business,
He has another kind of deal in mind…