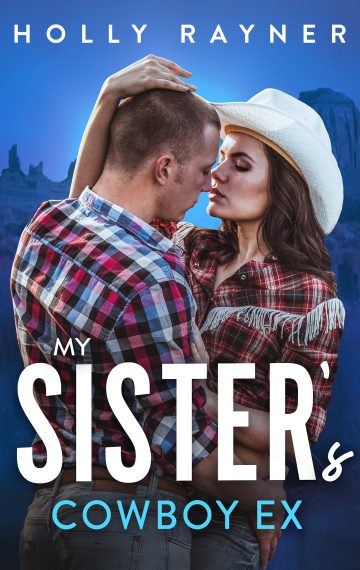 He’s gorgeous, witty, and 100% off limits!
Three days alone with the forbidden cowboy; what could possibly go wrong?!

Billie Eaves is an actress with big dreams. Having just been cast in a Wild West TV series, it looks like she might be on the verge of her big break—providing she can overcome her lifelong fear of horses, and learn to ride.

When Billie shows up for lessons, she’s greeted by the handsome, all-American cowboy who’s going to be her teacher. But no sooner has she looked him up and down, she understands that she has a huge problem on her hands: he’s her big sister’s high-school ex-boyfriend, Carson O’Dare!

Over three intense days, Carson works with Billie to conquer her fears and ride like a real cowgirl. He’s the best teacher she could have asked for, and as much as Billie knows she should hate the man, every minute they spend together just leads them inexorably to that first, forbidden kiss…

It’s all over too soon, and Billie has to return to California. Heart aching, but determined that her sister never find out what happened between them, she bids Carson farewell, ready to treasure the memory of those three days forever.

So imagine Billie’s surprise when, a few weeks later, Carson turns up on set, apparently having just been hired as the show’s new riding consultant! Can Billie and Carson keep their forbidden liaison a secret? Or will the revelation break her ties with her sister for good?