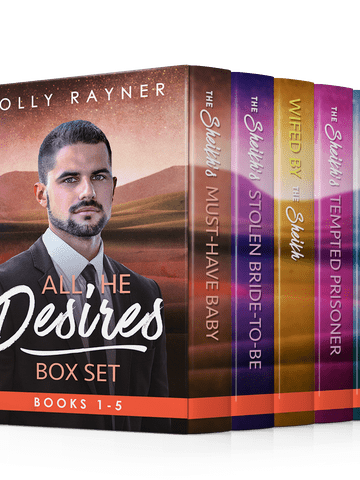 This is a delightfully sweet romance box set from Holly Rayner. It’s filled with beguiling tales of sheikhs, temptations, and most of all, their thrilling stories of romance.

Sneaking onto a private beach in the beautiful country of Al-Yara during a layover, Joanna bumps into a gorgeous and beguiling sheikh, who soon makes her an irresistible proposal: half a million dollars, and the baby she always wanted!

This may not be the family dream that Joanna had, but can she really say no to such a handsome man and such a handsome sum of money, while getting the child she so desperately wants?

And is she ready to accidentally fall in love along the way?

Wifed By The Sheikh:

Auctioned To The Sheikh: