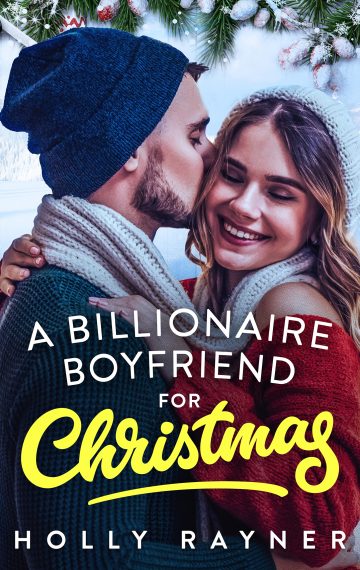 Asking him to play my fake boyfriend one time? Maybe understandable.
When it becomes a habit? Not so much.
He can’t be my soulmate. He’s just the best guy in the world at playing him…

What’s the one thing you shouldn’t do when you’re starting a new job?
If you said “drag your hot new boss into drama with your ex,” how did you guess?!
In a moment of madness, I introduced my boss to my ex as my new boyfriend,
And not only that; he played along!
To my utter surprise, my slip-up doesn’t immediately get me fired.
And now my boss — also known as Scrooge in a designer suit — is asking if I can return the favor!
It’s not long before we’re faking it at all the Christmas parties,
And I’m realizing that I want my cold, emotionally unavailable boss — the one I swore to stay away from at all costs — at my side for every Christmas to come.